Best Gaming CPUs For The Money: May 2013

Intel
Intel recently started talking about the company's low-power SoC architecture, Silvermont. The next-generation Atom processors (code-named Bay Trail) that'll employ Silvermont will feature out-of-order execution, a modular construction scaling from one to eight cores, and a number of ISA improvements. Advanced 22 nm manufacturing gives the company a big advantage in efficiency, even as it promises big performance gains. You can read more about Intel's next-gen low-power architecture in Chris Angelini's article, Intel Silvermont Architecture: Does This Atom Change It All?
After showing that it can compete against ARM-based SoCs with the 32 nm Atom Z2760, this might be Intel's first real home run in the smartphone and tablet space.
Of course, we're also expecting more information from AMD regarding its Temash design, which could start showing up in tablets later this year.
Intel's pricing remains stable since last month. The few adjustments include a $5 increase on the Pentium G2120. The Core i7-3970X is down $20; this flagship six-core CPU is now $40 cheaper than its predecessor, the Core i7-3960X.
AMD
Two new AMD processors showed up in retail since our last update: the FX-4350 (4.2 GHz base clock and 4.3 GHz maximum Turbo Core frequency, selling for $130) and FX-6350 (3.9 GHz base frequency and 4.2 GHz peak Turbo Core setting, selling for $140). Both Piledriver-based SKUs are essentially overclocked FX-4300 and FX-6300 models, respectively, with TDPs of 125 W instead of 95, and base clock rates 400 MHz higher. The FX-4350's peak Turbo Core setting is 300 MHz higher, while the FX-6350's is up only 100 MHz.
Both offerings are viable for fans of AMD's hardware who may not be comfortable with overclocking on their own. The FX-6350 is particularly attractive for folks interested in modest gaming performance and the ability to execute six threads concurrently in content creation/productivity applications. From a pure value standpoint, it's more cost-effective for gamers to seek out the cheaper Phenom II X4 965, though.
Otherwise, AMD's prices are also pretty stable, aside from $5 drops on the A6-5400K, A6-3650, Athlon II X4 651K, FX-4100, and Phenom II X4 965. We're still waiting on an official unveiling of the low-power Temash and Kabini APUs to replace the company's low-end line-up, and for the Kaveri-based APU to replace Trinity with GCN-derived graphics. Perhaps we'll have more information to report from Computex next month.
Posted by Unknown at 22:11 3 comments: 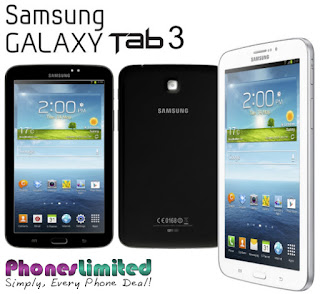 After the release of Samsung's 7-inch tablet under its Galaxy Tab 3 series, specifications and purported picture of an 8-inch tablet in the same series have surfaced online.According to a new report by Samsung focused website, SamMobile,  the Galaxy Tab 3 8.0 is expected to release by the end of next month. It will come in Wi-Fi-only and 3G variants, and will be powered by a 1.5 GHz dual-core processor with 1.5GB of RAM. It will feature an 8-inch screen with a resolution of 1280x800 pixels.

The tablet will run Android 4.2.2 Jelly Bean. It will come with an internal storage capacity of 16GB expandable up to 64GB via microSD card. The rumoured specifications also suggest a 5-megapixel rear camera and 1.3-megapixel front facing camera. It's also expected to have a 4450mAh battery.We're not sure if the image that accompanies the specifications is real or just a mock-up but it reveals that the tablet will have a much thinner bezel compared to its 7-inch sibling. The tablet is expected to be just 6.95mm thick compared to the 9.9mm thickness of the Galaxy Tab 3 7.0. It looks similar to Galaxy Note 8.0/ Galaxy Note 510, Samsung's recently launched 8-inch tablet but with thinner bezel. 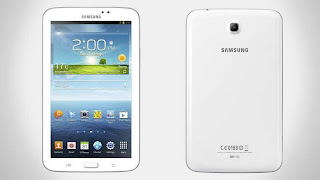 Samsung had launched the Galaxy Note 3 7.0 at the end of April and the expected release is June 2013.  The Samsung Galaxy Tab 3 7.0 is powered by a 1.2GHz dual-core processor alongside 1GB of RAM. The 7-inch screen has a rather disappointing 600x1024 resolution at a paltry 169ppi. The tablet is available in 8GB/ 16GB storage options, expandable by another 64GB via microSD card. Connectivity options on the Samsung Galaxy Tab 3 include Wi-Fi, Bluetooth, USB and A-GPS/ GLONASS.

Price is yet to be announced.
Posted by Unknown at 02:09 2 comments: 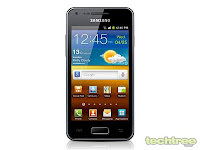 Price: Rs 14,000
Samsung GALAXY S Advance is one of the cheapest phones that sports an AMOLED screen. This 4-incher has pixel dimensions of 480x800. It's powered by a 1 GHz dual-core A9 CPU, and has 768 MB of RAM. Apart from that, you get 5 megapixel autofocus camera, 8 GB of internal memory, microSD card slot, Bluetooth 3.0, Wi-Fi, and a 1500 mAh battery. On the software front, you're still stuck with Android 2.3 (Gingerbread), but the handset is due to receive a Jelly Bean update in coming months. 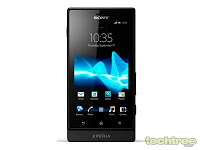 Price: 14,500
The sola draws power from a dual-core A9 CPU clocked at 1 GHz. To handle gaming, it comes with Mali-400 GPU. Its 3.7" screen is backed by Sony's Mobile BRAVIA Engine and has pixel dimensions of 854x480. The handset features a 5 megapixel autofocus camera with LED flash, 8 GB internal memory, microSD card slot, Wi-Fi, GPS, Bluetooth, and a 3.5 mm jack. Additionally, the onboard NFC chip will allow the device to communicate with the bundled SmartTags and other supported accessories. The handset runs Android 2.3 (Gingerbread) out of the box, and is upgradable to ICS. 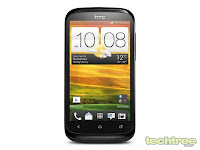 Price: Rs 14,000
The Desire X is quite a looker. After all, it takes design cues from the One X. Moving on to its features, the handset runs Android 4.0 (Ice Cream Sandwich) with company's iconic Sense 4.0a UI on top of it. The phone's 4" Super LCD display has pixel dimesions of 480x800. It is powered by a Qualcomm Snapdragon SOC with a 1 GHz dual-core CPU and Adreno 203 GPU, and has 768 MB of RAM. Other specs include a 5 megapixel autofocus camera with LED flas, 4 GB of internal storage, Wi-Fi, GPS, Bluetooth 4.0, and 1650 mAh battery.

Micromax presents the Canvas HD A116, a dual GSM SIM candybar smartphone that has an Android v4.1.2 (Jelly Bean) operating system and is powered by a 1.2 GHz Quad Core processor with 1 GB RAM.The 5 inch capacitive LCD touchscreen of the Micromax Canvas has a high definition resolution of 1280 x 720 pixels and a color depth of 16 M,Capture every detail of the burst of holi colors without missing a beat with the 8 megapixel primary camera and the 2 megapixel front camera on the .The surprisingly stylish Canvas sports curved edges and a curved back that make it convenient to hold and a 3.5 mm audio jack is packed sleekly into the body.The Micromax Canvas HD A116 has a ROM of 4 GB and an inbuilt memory of 1.77 GB which can be extended up to 32 GB with a microSD card; the phone has ample space for all your media requirements and packs a 2000 mAh battery as well 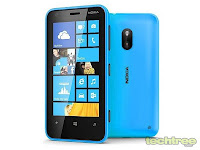 Price: Rs 14,300
For those willing to look beyond Android, here's a neat alternative. Continuing Nokia's love affair with bold hues, the Lumia 620 comes in cyan, black, white, magenta, yellow, and green. The Windows Phone 8 handset features a 3.8" ClearBlack screen, which is known to offer deeper blacks. To compete with hordes of Android phones, the 620 packs in a 1 GHz dual-core Snapdragon S4 processor. Apart from that, you get a 5 megapixel autofocus camera with LED flash, 512 MB of RAM, 8 GB internal storage, microSD card slot, Wi-Fi, GPS, Bluetooth 3.0, NFC, and 1300 mAh battery. Add to that Nokia Music and Nokia Drive (maps) and we have a solid package here.
Posted by Unknown at 11:43 2 comments: 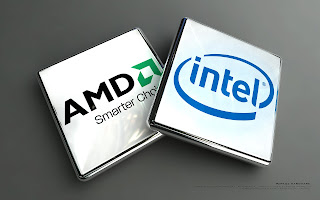 Before I get into this part of the discussion I want to say that I am not bias one way or the other towards Intel or AMD. I've used both products with success in the past and continue to do so without a problem. A competitive market between these two giant manufacturers is a good thing for all consumers. Here's a few advantages to think about for each brand: 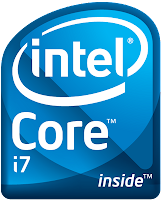 Intel is winning the single threaded performance race. There is also no question that in its higher-end CPU Intel has a clear advantage right now. This is based on countless benchmarks and tests across the internet and the results do not lie. If I'm looking for a high-performance CPU above the $300 range, right now, I'm going with Intel.

Yes, Intel has hyper-threading technology, but AMD clearly gives you more real cores for your money. For Under $200 you can get 8 cores of processing power that can be tweaked and overclocked to give you quite a bit of bang for your buck. While Intel may have an advantage in the gaming performance category it's important to take into consideration other benchmarks if you do audio/video work. In addition, AMD's new Trinity APU line is truly a competitor against Intel's new Ivy Bridge i3 processors, especially if you plan on using the integrated graphics. Anandtech is the site you should use for performance based benchmarks in just about any category.

If you are getting the processor for gaming then I would suggest you to go for AMD's latest APU processors,as they have integrated Radeon HD graphics which will perform far better than Intel HD graphics.Getting an Intel would be fair but you have to spend more on Graphic card.If budget is not a problem then obviously go for Intel with a dedicated card.
And about APU's,they cost less and perform well in gaming.

So the choice is yours !